WPC15: How to get the most out of the WPC ? and come back with a better business plan and strong beliefs for the coming year

My previous post tend to focus on a specific session during the WPC (arrival and session on Hololens).
This post will present the overall experience of the WPC, a Microsoft Worldwide Partner Conference that gather about 14000 partners, generally CxOs around the world.

HOW TO GET A FREE WPC ?
I got invited by Microsoft in Orlando as a recognition of the hard work that I have been doing nationwide for the last 2 years.

Beyond this work to be done continuously, the “secret” behind is listening to the customer’s needs and fighting hard against any impediments (technical and human) in an iteratively manner, and keep focusing on real customer’s satisfaction, with quick-win’s implementations.

Beyond this ivitation, I was surprised to have my face showing up on a Microsoft’s presentation (top left) and Marius Zaharia on the right (MVP Azure, and we have co-founded the Azure User Group France amoung many other motivated people).

People were taking pictures of the top 5 winners, with "Standing Ovation" from the other partners and Microsoft, and with the greeting of our competitors, that are in the business for decades (whereas I starting the business 2 years ago in Lyon, with less access to Microsoft’s staff and resources than people in Paris !).

I didn’t know is that this "award" was given to the top 5 partners on all MS technologies combined (excel, Office, Sharepoint, CRM, TFS, C#, Azure, …) and throughout France! knowing that Microsoft France is ranked as to be the No. 1 subsidiary worldwide, that places the exploit quite high.

However, being “only Top 5” gives me the opportunity to improve toward No. 1 despite the exponential difficulties!

ATTENDING SESSION “DURING THE DAY”
The time flies really fast (especially with little sleep as we will see later).

WHAT ? WE ARE ALSO GOING OUT EVENING TIME ? IT’S NOT WORK ?!?
If you do your job properly, you won’t get much of sleep, because during the WPC, social networking is Key to develop business

Indeed, you will hopefully have awesome discussions from people worldwide that may have face the same issue as you, or you can see that they are having the same problem as you.

So, the going out moments is taken care by the event organizers, with respectively going-out sessions organized alternatively by Microsoft Corp, and your local country.

For the WPC15, we were lucky that it happened in Orlando, Florida, with not only the nice palm trees, but also the luxurious hotels and their swimming pools (not that you’ll have much to to enjoy, cauz’ you’ll be busy !!)

FAVORITE GOING OUT IN ORLANDO

Every evening, Microsoft is taking care of you : Drinking, socializing, …

My TOP favorite going out was “ Disney’s Hollywood Studios ™ ”:

Microsoft having booked the entire park! for the 14000 partners ! starting with fake supporters that welcomes you as if you were a super star and asking you auto-graphs !

Then, once in the park, make yourself at home and ANYTHING you wish to drink, to eat, to ride, to attend… is yours ! 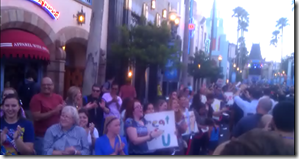 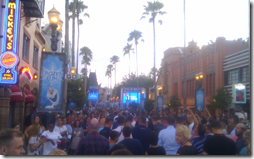 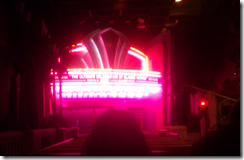 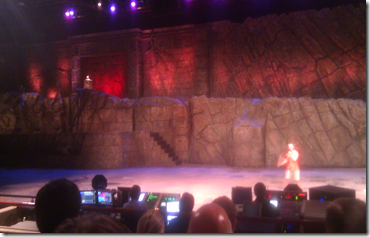 OVERALL OUTCOME. WAS THAT WORTH IT IN TERMS OF BUSINESS ?

Simple answer: YES !
Why ? the discussions with competitors, partners, Microsoft (country), Microsoft Corp, the quality of the sessions during the day (/!\ plan carfully to choose the one relevant to your business) has given me: