More Azure in the TFS vNext (2015) and no more WF in Builds Alleluia !

Remember my good old posts back in 2010, claiming that Batch scripts offers a great ROI :

Now, in 2015, guess what ?? Yes, Scripts are back !!
I was so pleased when installing TFS 2015 (CTP) where Builds were identified as “legacy” !! and yet also anxious, since it means throwing away a large amount of previous knowledge ! 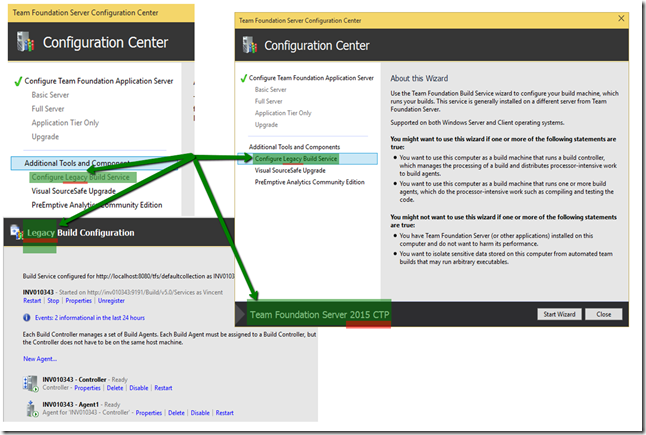 Once installed the documentation clearly scores out the “BUILD” tab and highlights the BUILD.VNEXT one: 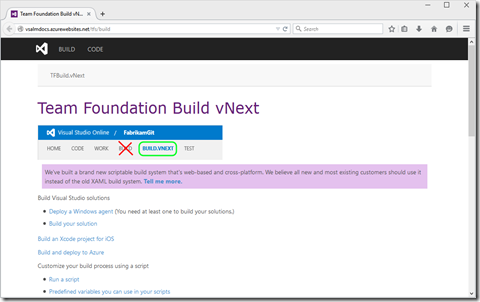 Now the (new vNext) build are configured via the Web portal 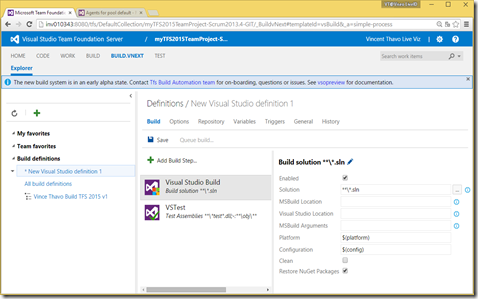 and for those like me how hated to install previous version of VS with add-on “just” to Clone a build definition, here is the new ‘magic’ button : 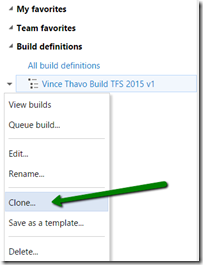 Now that TFS is installed (and you could still install and configure the legacy Build at the same time), let the fun starts :

HOW TO USE THE SERVICE HOOKS ??

Other support for Microsoft Azure:

Ability to add a deployment environment. 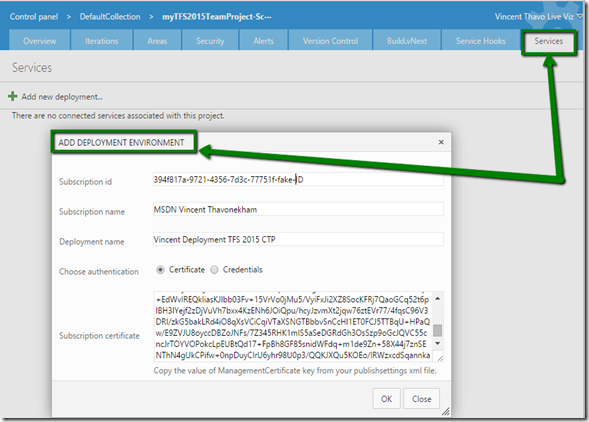 Interviewed by a journalist : How and why Microsoft Azure spreads in our company ?

“ Thanks to the Microsoft cloud platform Azure, VISEO has the network & compute power, as well as the storage capacity necessary for running rapidly it’s customer’s applications.

Due to difficulties to dimension the servers to meet the customer’s needs and to develop new projects, VISEO decides at the end of 2013 to migrate to the Microsoft Azure. A “per-usage-billing”, the platform offers by default a broad variety of servicesand allows the usage of many programming languages or can host 1/3 parties applications. In one year, VISEO tipped 30% of its servers on Azure. At the end of year 2015, 70% of the resources will be on Azure.
” 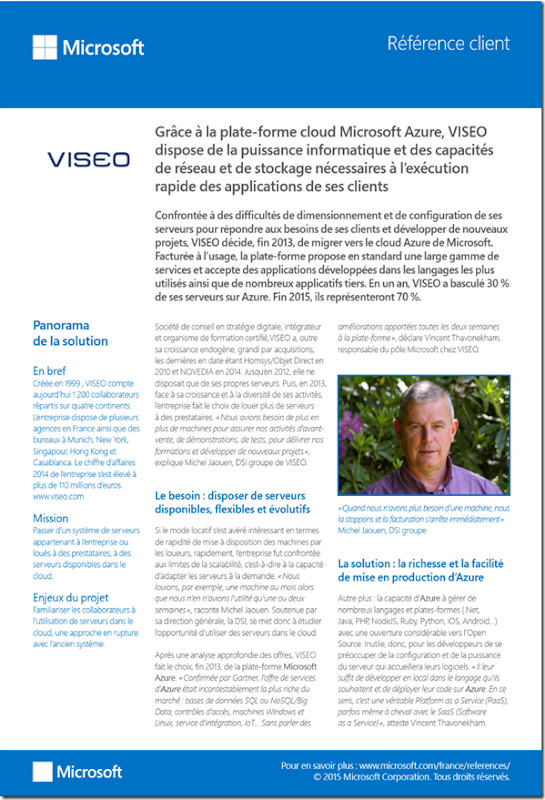 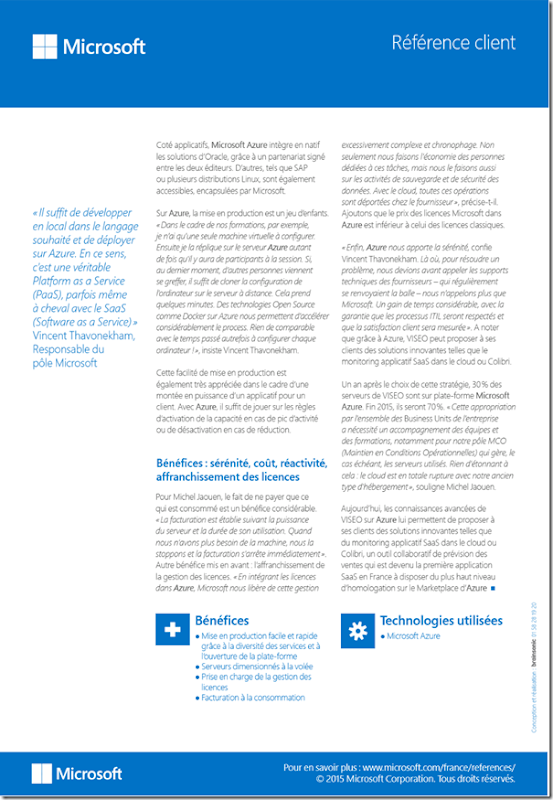 Colibri, an SaaS application 100% running on Azure PaaS have been certified complyant to the Azure Active Directory standards. Hence, after few weeks of evaluation and tests by Microsoft Corp teams, the team is pleased to annonce that Colibri is THE FIRST application in France (and top 50 worldwide) that integrates Azure Active Directory SSO principles (i.e. not the password-only safe).

During the TechDays 2015, Paris (18 000 visitors), Microsoft France chose to present it during a return an experience session. The Product Manager and I were present to answer any questions.

It is a collaborative tool that revolutionize sales forcasting. It fills the gap between expensive SAP or Microsoft Dynamics solutions and an Excel file !

It is entirely designed for Microsoft Azure fron the ground up, offers a full reversibility to allow an install on-premise.

Presentation during the TechDays 2015, in Paris. 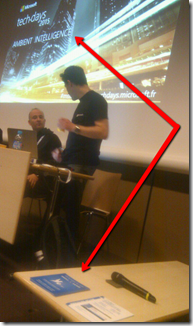 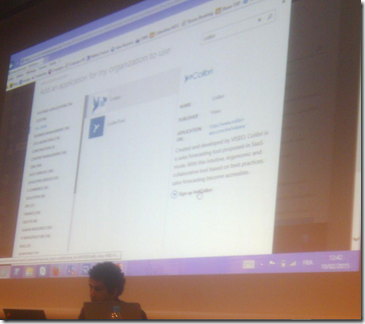 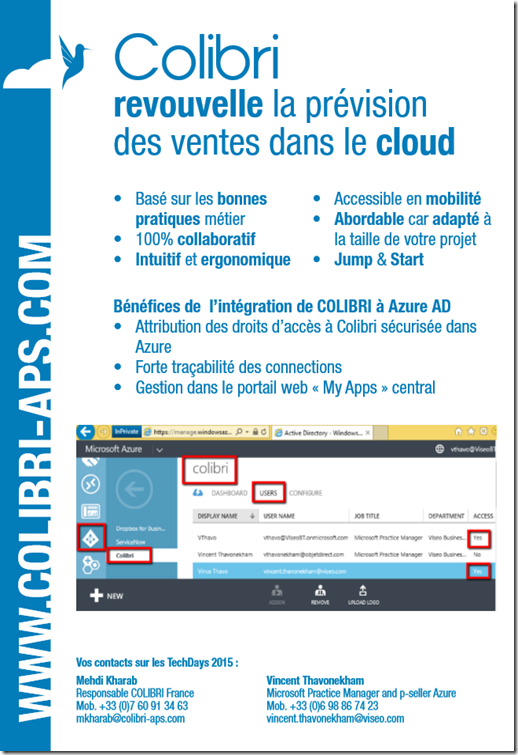 I'm glad to be part of one of the largest global event with about 10 000 attendees worldwide and over 120 cities hosting this FREE event.

I’m in charge again in 2015 of organizing this in Lyon, on Saturday, April 25, 2015, thanks to my company VISEO and my association Microsoft User Group and with the help of Microsoft France. 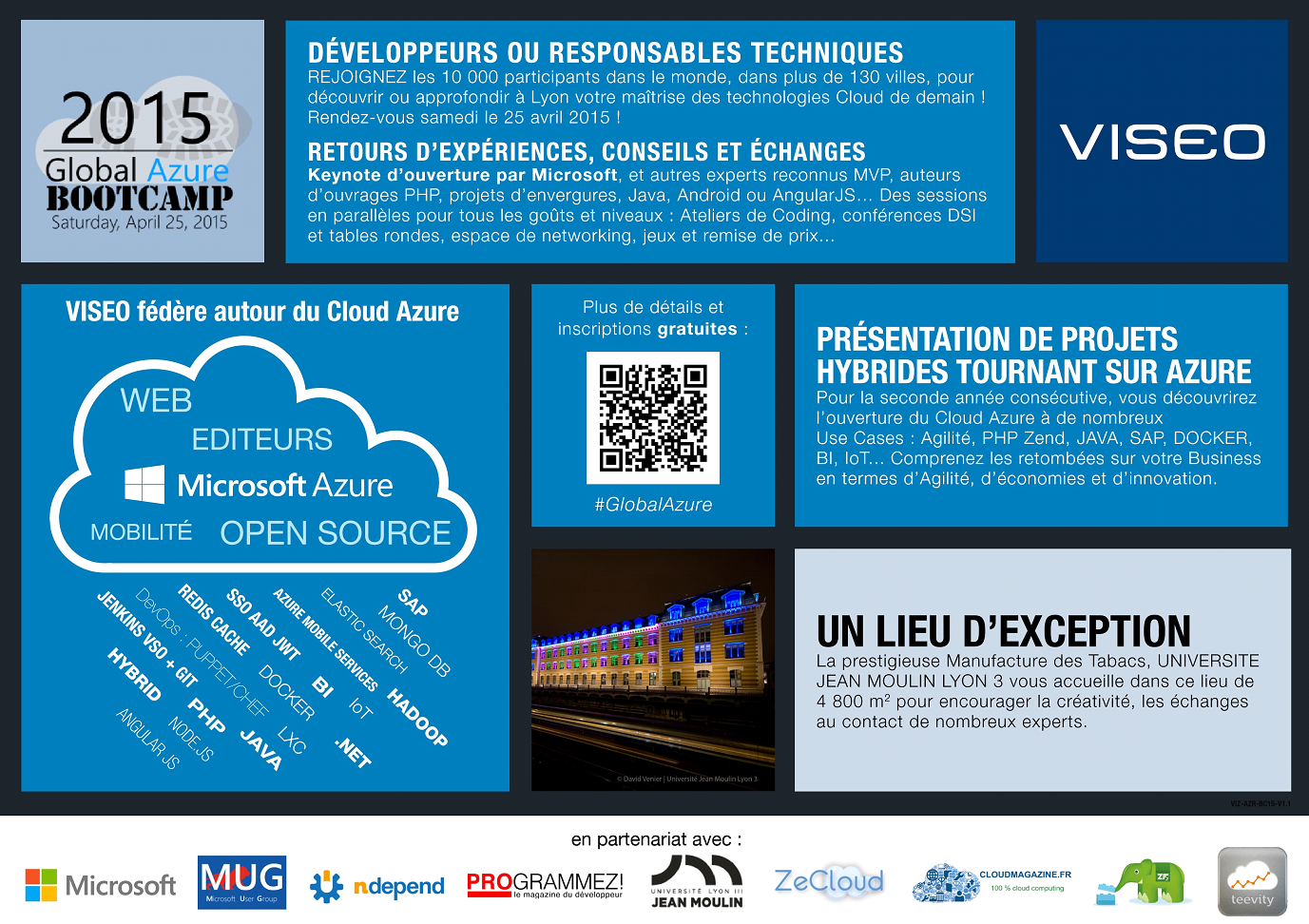 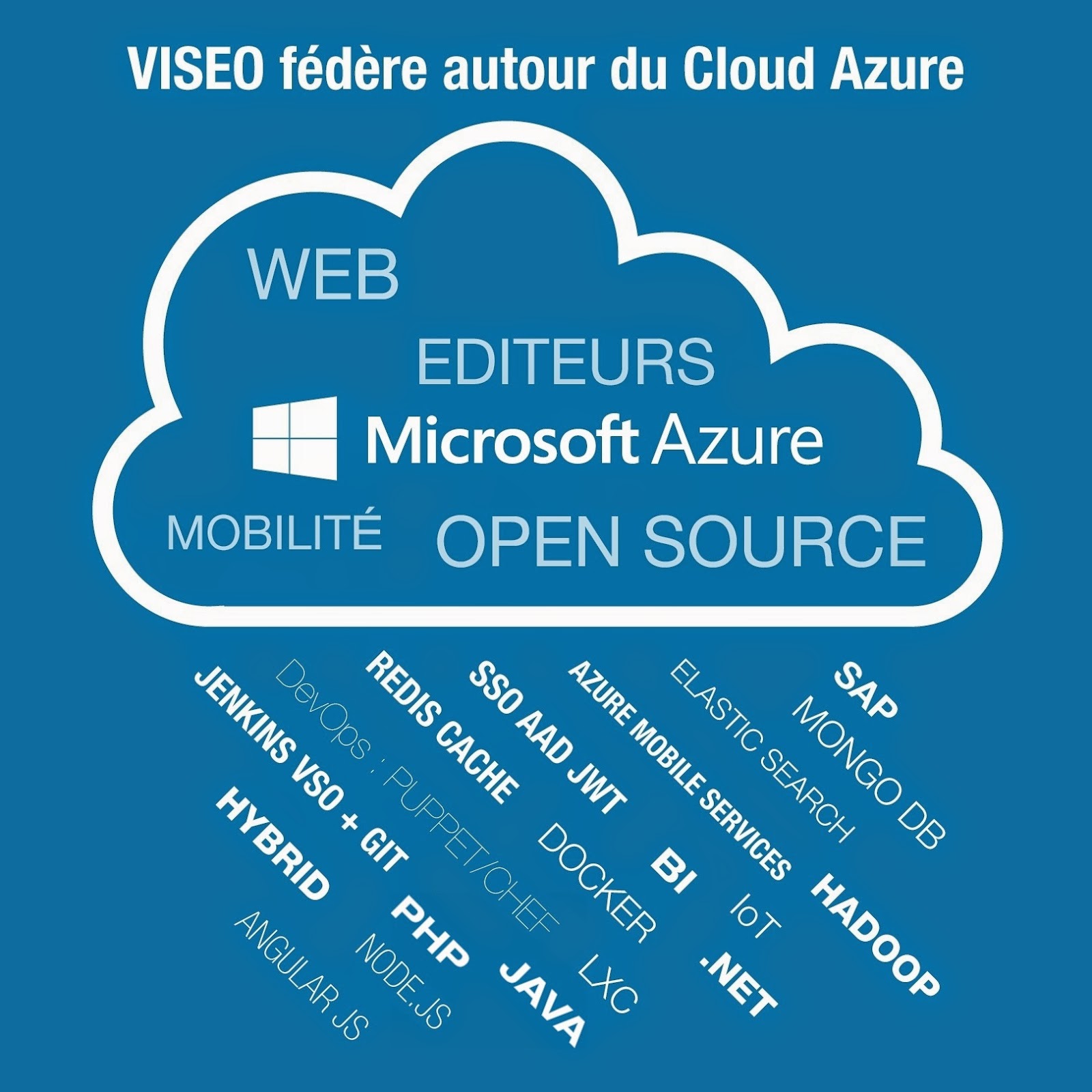